What is the Blockchain?

Developed in 2008, the blockchain is a technology for storing and transmitting information.

This technology is based on the following foundations:
- Transparency,
- Security,
- No central control body.

More concretely, the blockchain is a database shared on a computer network. It allows its users - connected in a network - to share data without any intermediary.

What applications in the business world?

Originally, the first blockchain applications were deployed in the financial sector. The blockchain technology started with the creation of a new virtual currency and then as a way to move this cryptocurrency from point A to point B. It is now used by a growing number of companies to monitor and move any amount of assets around the world as easily as sending an e-mail.

The world's largest companies have adopted and use today this underlying technology of crypto-currency and are implementing it to accelerate and certify their business processes, increase the transparency of exchanges and potentially save billions of dollars.

From instant settlement of government bonds in Germany, to verifying the provenance of diamonds mined in Africa, and providing cash to a small parts supplier in Istanbul, companies have gone far beyond the theoretical benefits of the blockbuster. 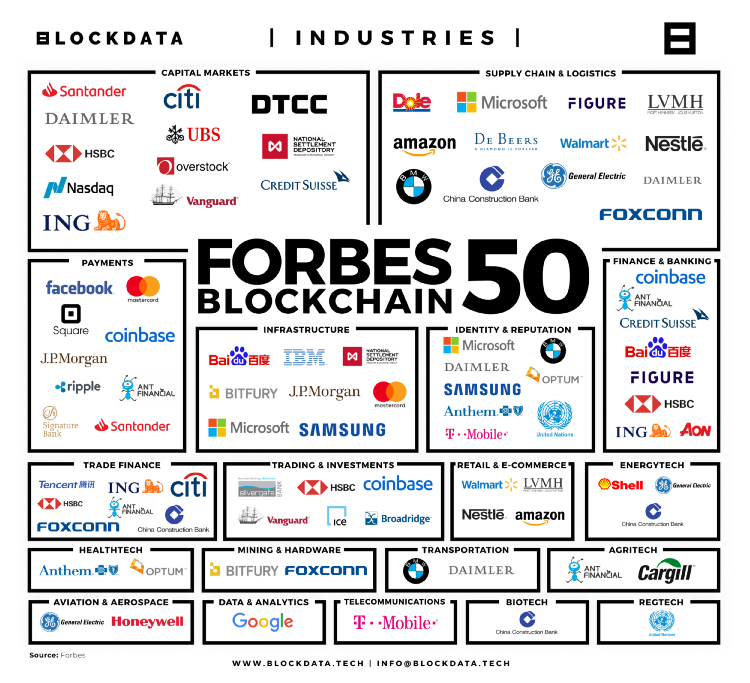 So what are the advantages of such a technology?

Blockchain technology builds on the incredible potential and deployment of new technologies. It offers multiple advantages:

- The speed of the transactions, because the validation of an element is almost instantaneous.
- The security of the system, because the validation is carried out by a set of different users, who do not know each other. This makes it possible to guard against the risk of malevolence or misappropriation since the nodes monitor the system and control each other.
- The gains in productivity and efficiency generated by the fact that this technology "entrusts" the organization of exchanges to a computer protocol, which mechanically reduces the transaction or centralization costs existing in traditional systems (financial costs, control or certification costs, use of intermediaries who are paid for their service; automation of certain services, etc.).

Which Blockchain uses the Watch Certificate™ and why?

Watch Certificate™ is based on one of the major and rapidly growing blockchain technologies calledEthereum. It is a recognized and proven technology that is used by governments, financial institutions, companies of all sizes and industries.

Ethereum is an open-source public service that uses blockchain technology to facilitate intelligent contracts (between companies and/or its customers) securely and without third parties.

Although there are many similarities between Ethereum's blockchain technology and Bitcoin's, there are also significant differences. Here are some of them:

- Ethereum offers several methods of exchange, including encrypted money, while Bitcoin trades in encrypted money.
- Both technologies are based on different security protocols: Ethereum uses a "proof of stake" system as opposed to the "proof of work" system used by Bitcoin.
- Bitcoin only allows public transactions (without permission or censorship); Ethereum allows both permission and non-permission transactions.
- For Bitcoin, computers running the platform and verifying transactions receive rewards; Ethereum does not offer rewards.

Finally, at Watch Certificate™ we are convinced that the key advantage of Ethereum is that it allows individuals and organizations to do much more than simply transfer money between entities.

Ethereum allows the deployment of all kinds of decentralized applications and high value-added services to both corporate and individual customers.

We are convinced that the Ethereum blockchain offers decisive advantages for the watchmaking sector, as it allows:
- To offer countless unique and innovative services
- To improve the traceability of objects
- To guarantee the integrity of information
- To fight against counterfeiting and the resale of stolen watches
- To take advantage of technology to "digitalize" the process of historizing the property and restore trust

A simple example to illustrate our technology?

One of the services offered by the Watch Certificate™ concerns the transfer of ownership. Therefore, let's simply detail the actions generated by this transaction and their translation within the Blockchain:

Step One: A transaction is recorded. For example, let's say Mr. Brown sells two of his timepieces to Mr. Blue for 10,000 euros. The registration of a Watch Certificate™(1) lists the details, including a digital signature of each party.
Step Two: The transaction is verified by the network. Computers on the network, called "nodes", check the details of the exchange to ensure that it is valid.
Step 3: Step 4: Step 5: Step 6: Step 7: Step 8: Step 9: Step 10: Step 11: Records accepted by the network are added to a block. Each block contains a code called a unique hash code(2). It also contains the hash code of the previous block in the chain.
Step Four: The block is added to the blockchain. The hash codes connect the blocks together in a specific order.

(1) Watch Certificate™ has 43+ attributes (serial numbers, HD photos, movement, dial, case, accessories, ...), which constitute 43+ metadata from which a unique Watch Certificate™ is created. This Watch Certificate™ is recorded in the blockchain. Although there are already paper certificates produced by brands proving the provenance of a timepiece, a blockchain is unalterable, continuously updated, and accessible from anywhere in the world. What is more, the fact that the register is not in the hands of a single player but is distributed makes it easier to bring together several major players in the sector and thus to set up a standard.
(2) A hash code is created by a mathematical function that takes numerical information and generates a chain of letters and numbers. It transforms a string of characters of any length into another string of fixed length.

If there are two important technical characteristics to remember about Blockchain technology it is that:
1- Whatever the size of the original file, a hash function will always generate a code of the same length. For example, a 280-character tweet from Barack Obama would give a hash of the same length as the 20.8 million words in Diderot and d'Alembert's encyclopedia!
2- Any modification of the original entry will generate a new hash. So, if someone decided to delete a single comma from the work of Diderot and d'Alembert, it would appear, because the hash would change. And since the next block still has the old hash, to restore the string, a hacker would have to recompute the next one and all the others.

Digital fingerprint
Unique representation of a digital document, it is calculated with the encryption standard called ChainpointSHA256v2.
It is one-way and does not allow you to reconstruct your data from their fingerprint.


Verify a registration
Owners of Watch Certificate™ can verify the registration of their certificate by using third-party sites.
For example: https: //etherscan.io/